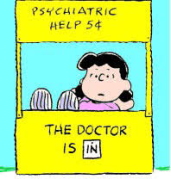 I had an assignment at my agency I loved — helping my peers at work with personal problems. In most cases they came voluntarily but there were a few whose frustrated supervisors referred them as an alternative to formal rebuke or worse. My job was to help people face and assess their issues and guide them to good resources.

For most of the 18 years, I was rewarded with challenges, praise, gratitude. But there was just one time that a client frightened me and instead of recognizing I was afraid and taking appropriate steps (like ending the meeting immediately), I tried to deal with it. The fear clouded my judgement and I said things that were received in the worst light. The client sued both me and the agency, claiming mental stress and worse.

I felt so guilty!  I’d worked with him a few weeks and we’d come such a long way. In 2 minutes I’d blown it all and caused this vulnerable young man great mental anguish, if he were to be believed.  I was terrified that if I reported exactly what I’d said and done, it could cost me this job I loved so.  But worse, I worried my whole reputation would be destroyed. I’d finally won the respect of my agency for high integrity and wisdom after years of flirting with its limits, and I was proud of it.

No one believed the client’s claims (which were exaggerated), but I knew the truth, and was devastated and humiliated. I suffered beyond anything I’d ever known. The whole thing dragged on for almost 5 yrs and every time I thought of it I wanted to die.  In the end, the agency settled and my own reputation wasn’t sullied in the least. Other people had more faith in me than I had in myself.  Even the lawyer who deposed me, to whom I absolutely could not lie, after hearing the whole story said that I was clearly trying to help the client and the mistake was in the approach I chose.

“If you tell it exactly as it happened,” she said, “people will really not be able to understand because they can’t get into your head to see what was going on there.”    She said to let her handle it — and I did, with a feeling of great relief for finally having told the whole story to someone. 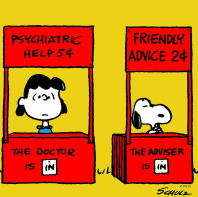 Throughout my life, I have often felt humiliated by my own behavior and usually when it happens, I’m forced to examine what it was that led to the behavior and work to change myself. Humiliation and guilt can be great teachers, if they don’t kill you first! There were 2 lessons I took from this experience, both invaluable.

1)  We are often unnecessarily afraid that something we’ve done or said will ruin a good relationship, and that’s simply not true. Not if it’s truly good. “Don’t worry,” someone who loved me once said to me as I apologized for snapping at him. “I know who you are!”

2)  Fear is not anything to be ashamed of.  It IS something to pay attention to and do something about, whether it’s standing up to it or running the hell out of there! That’s one of the lessons of the “Me Too” movement, isn’t it?  Trust your instincts.  Believe in your feelings. If your feelings turn out to be wrong you can always apologize, but if you ignore them, you may do yourself, and others, a much greater harm.

A retired peer counselor who is now happily engaged in playing classical piano, writing poems and songs, and enjoying the city as a "free agent." As I head dangerously close to age 80, I find myself fascinated by what I've learned about aspects of growing older -- most of which I could never have guessed, and many, if not most, are good. It's this fact I hope to share with younger bloggers ... that growing old only looks "bad" from the point of view of youth, but that when you're actually there, it's quite manageable and has its very palpable rewards. View all posts by ellendiamondblogblog

2 thoughts on “Lessons of Guilt and Humiliation”